Summer Powers owns a highly successful hair salon in Orange County. She is one of the most creative people I have ever met. Her house is amazing, she has a style all her own, and she says the most interesting things.

A year or so ago a friend got Summer involved in Motel Church and soon she started serving regularly at a motel church.

Early on, Summer found out about Josie, an older lady that was a shut-in at the motel.

Summer made it a point to take a plate of food from the Motel Church service to Josie and they soon struck up a friendship. Josie had not left her motel room to go very far for many years. She was lonely and hungry for friendship. Summer kept coming back. 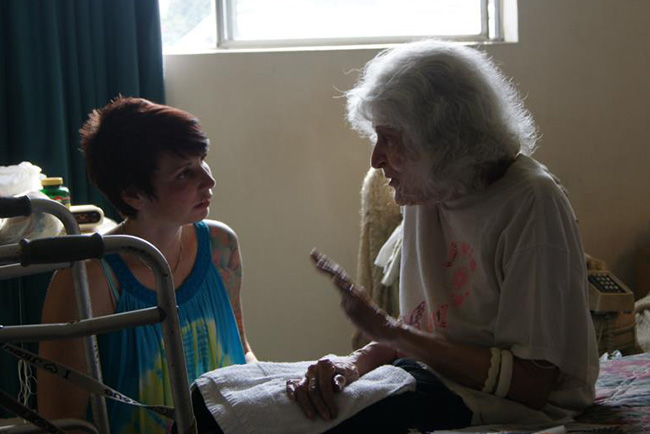 During one visit, Summer suggested that she could color and style Josie’s hair. Josie quickly agreed and it was a stunning success. Josie looked great, but still wasn’t able to come outside. Part of the problem was that Josie’s toenails were so long they had curled under and were poking into her feet, making it painful to walk. Josie had simply been unable to reach down to trim her nails. So, on one Sunday morning Summer got down on her knees in Josie’s room and gave Josie a pedicure.

I almost cried when I first heard this story. It reminded me so much of when Jesus washed the feet of his disciples. 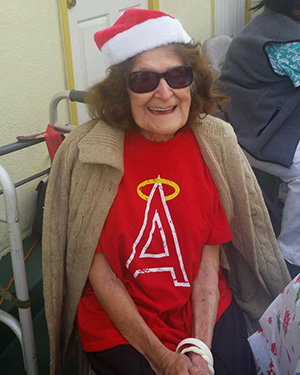 But the most exciting part of this story came on Christmas when Josie got dressed up and came out to attend the services!

So, here’s a question for you – would you rather be Summer, who took a step of faith and was overjoyed when her serving resulted in a changed life? Or, would you prefer to be Josie, unable to leave her comfort zone out of fear?

Motel Church is one of the easiest places to grow in your faith. Your first step is simply to sign up to serve with us.

There are thousands of people living in and around rundown weekly motels that have lost hope. Just your presence alone gives them hope that someone cares. By bringing some food to share for breakfast and being there during the message you tell them that they have value.

Take just a moment, go to www.motelchurch.org/rsvp and sign up to serve on some upcoming weekend. Bring a friend, family members, your small group, or yourself.

I’m confident that you will see what God does when you take this small step out of your comfort zone.